New album in the making

The new Nuit Noire album is currently being mixed, hopefully it will be out around the summer of 2021.

Nuit Noire will play at the Tapette Fest n°10 that will happen in Jallais (France) on the 29/30 june and 01 july 2018, and the new album Sa Majesté La Nuit is available now on vinyl at: crouxrecords.bandcamp.com/album/sa-majest-la-nuit 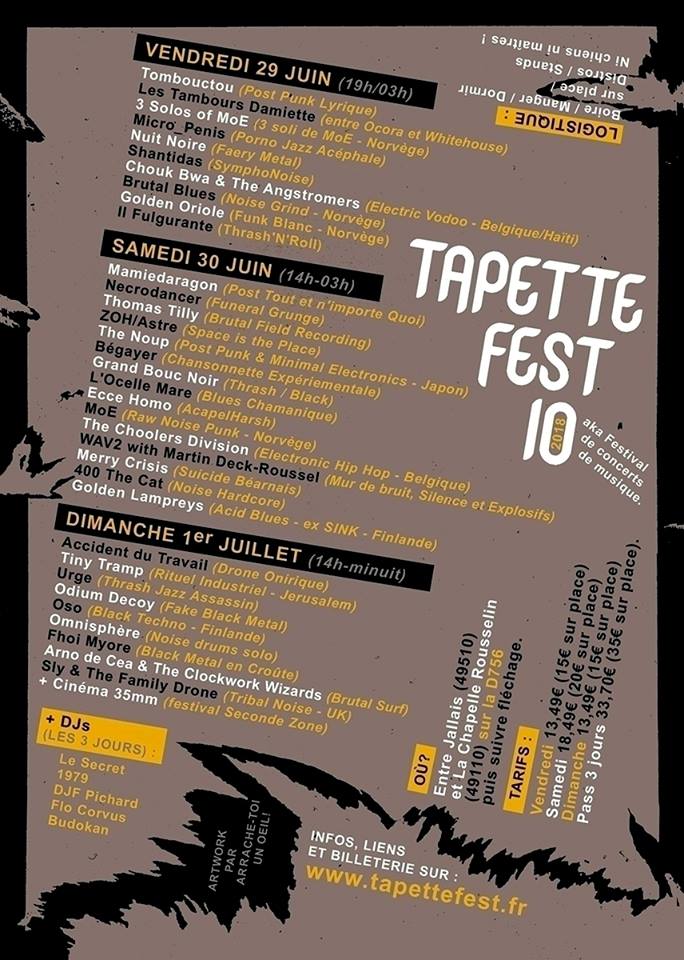 It was recorded in 2016, the drums were made in the underground parking lot of a commercial center, the guitars in the house of my parents, and the voice in the middle of a wood at night. The front cover was drawn by Helcadura. It is released right now, june 2017, by Creations Of The Night on a pro-duplicated cassette. Each one of the 50 hand-numbered cassettes is handwritten, the j-cards and the lyrics inserts are individualy signed. All done with a silver marker.
Free download 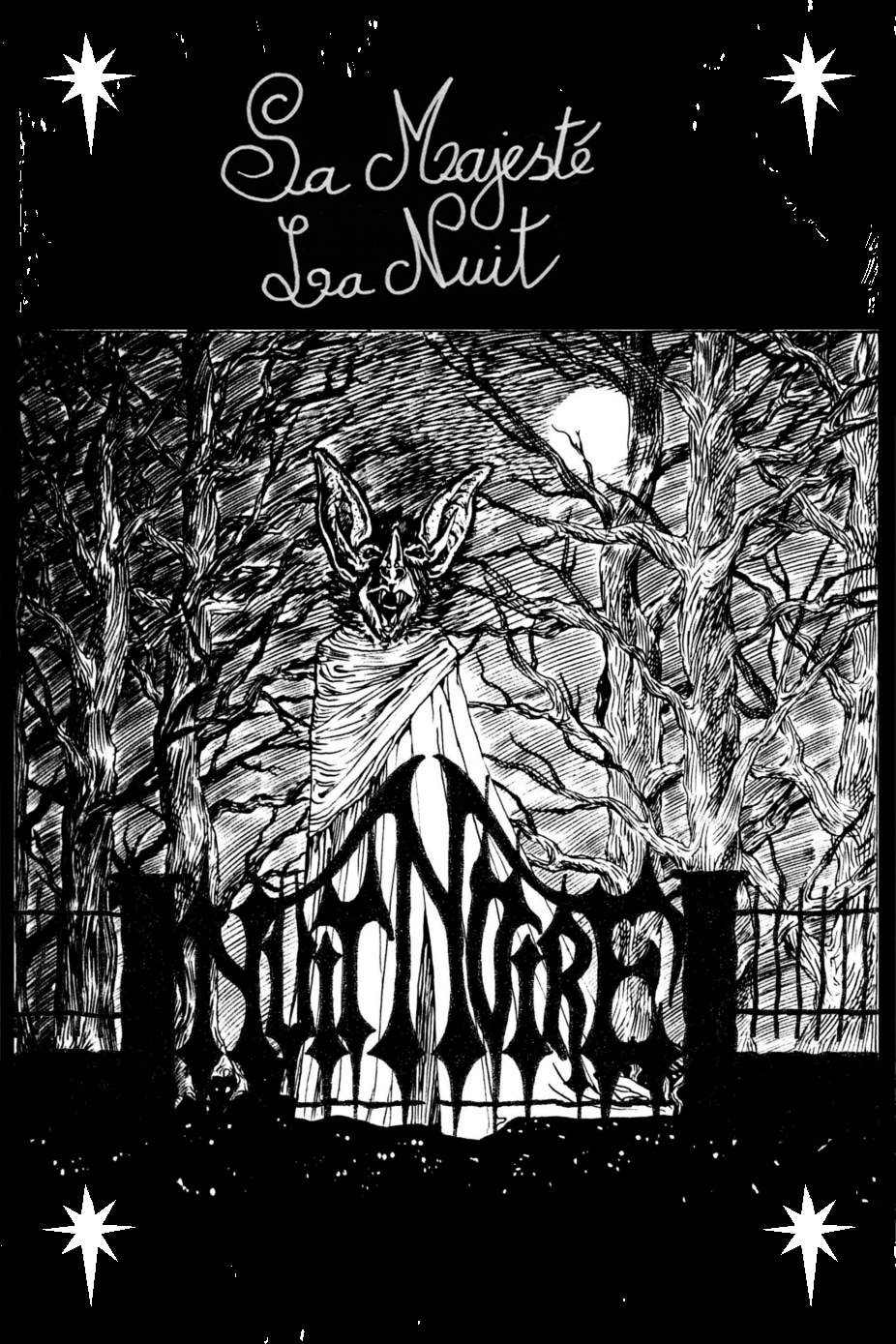 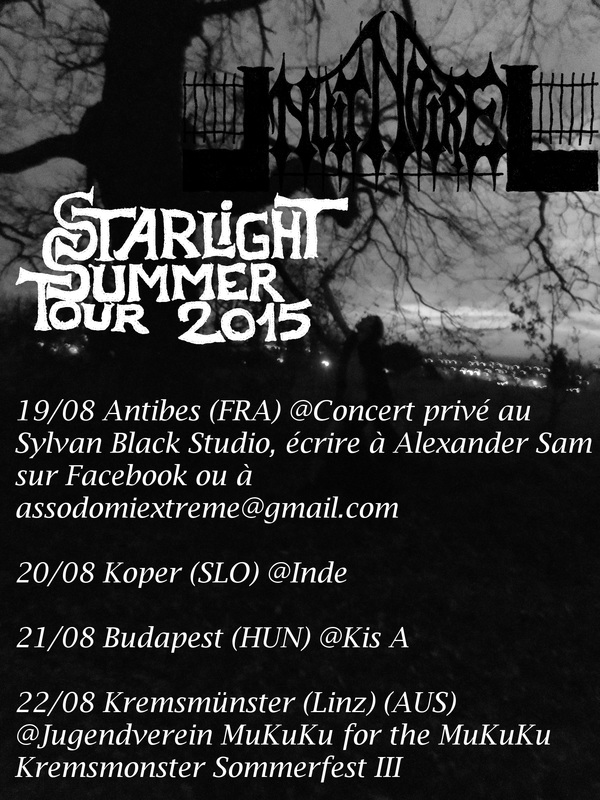 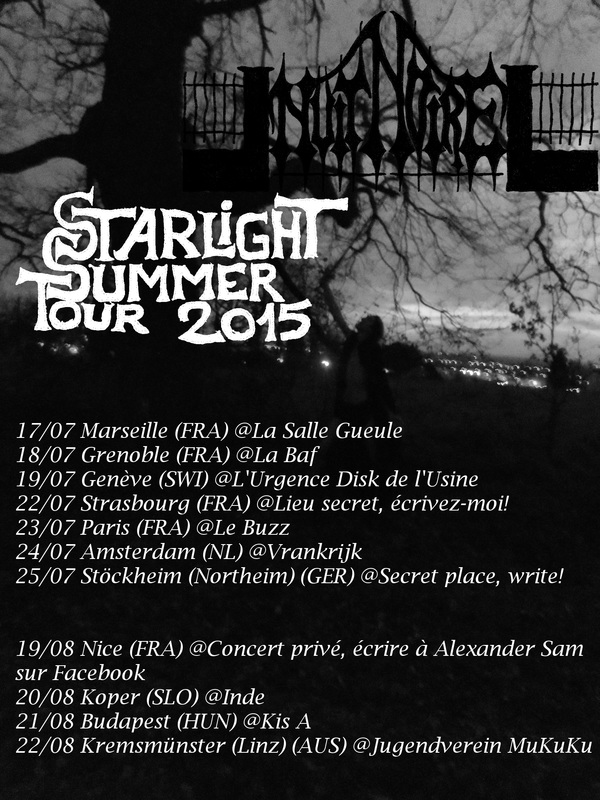 "The Gigantic Hideout" LP is no more available here but "Preposterous Creations" still have copies, and also copies of "Depths Of Night - Collection Of The Early Demo Tapes" 2-MC and of the Nuit Noire's patch as well.
Another thing, I finished the recording of the next release "A Beautiful Belief" One-Sided-LP and transmitted all the material to the label "Prison Tatt" in october.
Fäerie goes on...
http://store.preposterouscreations.com/product/nuit-noire-the-gigantic-hideout-12-vinyl

Big thanks to all the people who showed up at the tour, this April 2013 Tour was a success (at the scale of Nuit Noire of course) and a date in Budapest could even be added on the thursday 25 although the tour was already started, it was great! 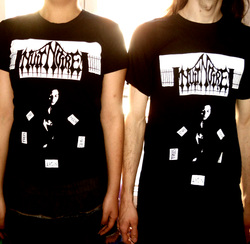 Here is the new t-shirt of Nuit Noire, available in every size and girly, more details in the "shop" section.

It can already be ordered in the US at Fallen Empire:
http://fallenempirestore.bigcartel.com/product/trist-nuit-noire-split-7

It can be pre-ordered in the UE at Mordgrimm:
http://mordgrimm.bigcartel.com/product/trist-nuit-noire-split-7

And it will be available here later in the month 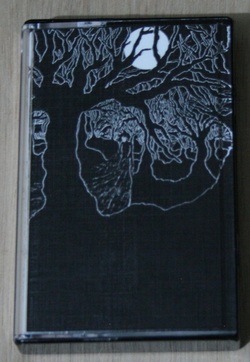 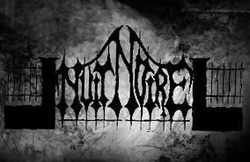 Soon to be released on DRAKKAR PRODUCTIONS http://www.drakkar666.com/